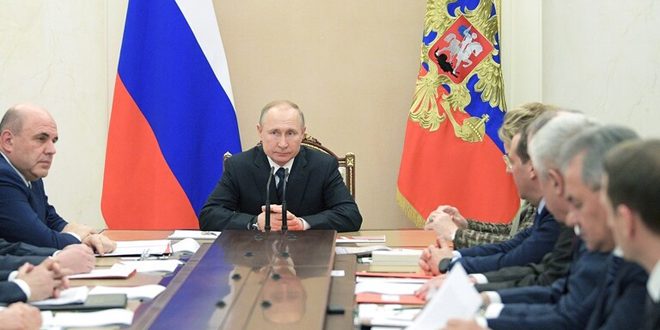 Moscow, SANA- Russian President Vladimir Putin discussed on Friday with the permanent members of Security Council of the Russian Federation (SCRF) the situation in Idleb and other international issues.

Sputnik news agency quoted the Russian Presidential Spokesman Dmitry Peskov as saying that a “comprehensive exchange of the views has taken place regarding the tense situation in Idleb because of the terrorists’ practices.”

On Thursday, the spokesman reaffirmed that the Syrian Arab Army combats the terrorists on its land and this is the Syrian state’s sovereign right.