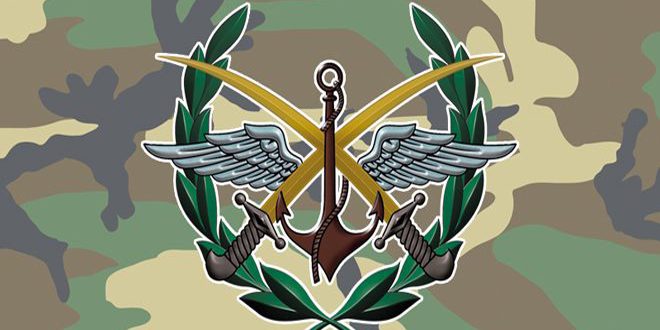 Aleppo , SANA_ A military helicopter was targeted on Friday by a hostile missile in the western countryside of Aleppo during its operations against Turkey-backed terrorist organizations which led to its downfall and the martyrdom of its crew.

A military source told SANA that at about 13.40 a.m. on Friday, February 14, 2020, one of our military helicopters was targeted by a hostile missile in the western countryside of Aleppo, near Orum al-Kobra where Turkey-backed armed terrorist groups are positioned.

Targeting the helicopter led to its fall and the martyrdom of its crew.

2020-02-14
ghossoun
Share
Previous Putin discusses with SCRF the situation in Idleb
Next Marking 38th anniversary of Open Strike, people of Golan more determined to resist the occupation and its plans