One civilian martyred in explosive device blast south of Damascus 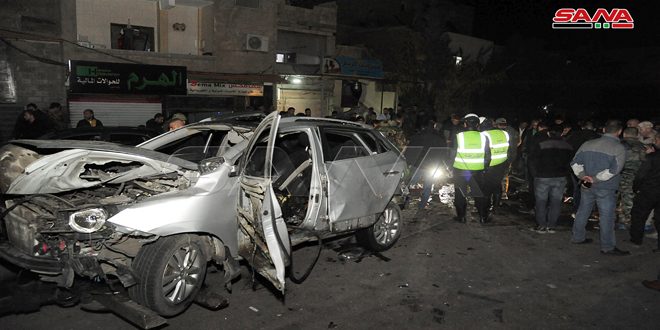 Damascus, SANA_ A civilian was martyred on Monday evening when an explosive device, planted by terrorists in his car, went off in Nahr Aisha area, south of Damascus.

A source at the Interior Ministry told SANA that the driver of the car, who was seriously wounded in the explosion of the explosive device, martyred of his wounds.

Earlier, the source said that an explosive device, planted by terrorists in a civilian car, exploded as it passed near the water establishment in Nahr Aisha highway, which resulted in serious injuries for the driver who was admitted to Al-Fayhaa Hospital.