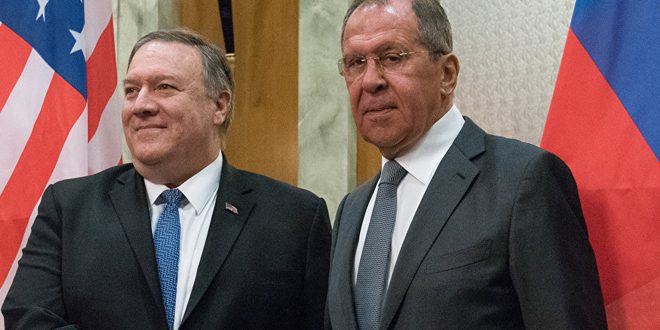 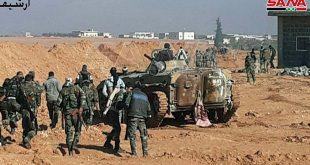 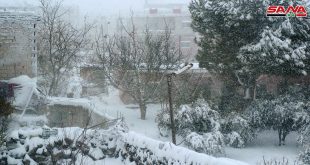 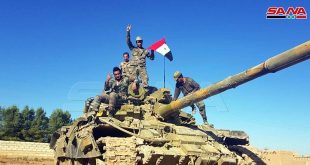 Washington, SANA- Russian Foreign Minister Sergey Lavrov affirmed the need to completely liberate Idleb Province from terrorism, eliminate terrorism in Syria and find a political solution to the crisis in it in accordance with the UN resolution no. 2254.

In a joint press conference with his American counterpart Mike Pompeo quoted by Sputnik Agency, Lavrov said that “The Syrians only decide the future of their country.”

He underlined the necessity of reaching a political solution to the crisis in Syria according to the UN resolution no. 2254 and of eliminating terrorism.

Lavrov noted that his talks with his American counterpart touched on a wide range of urgent issues including the situations in the Middle East, the fight against terrorism and other issues.

In a press conference following his meeting with Pompeo, Lavrov underlined the importance of completely liberating Idleb province from terrorism and putting it under the control of the Syrian state again.

He indicated that the so-called “armed opposition” hasn’t been separated from “Jabhat al-Nusra” terrorists in the de-escalation zone there.

Lavrov indicated that there is no military solution to the crisis in Syria, underlining the necessity of resuming the political process in framework of the Committee of Discussing the Constitution, which started its work in Geneva last month, in a way that meets the aspirations of the Syrians with all of their spectrums and belongings.

Regarding the crisis in Iraq and Lebanon, Lavrov said that overcoming the crisis in both countries will be only through the national dialogue with the participation of all parties without any foreign interference.