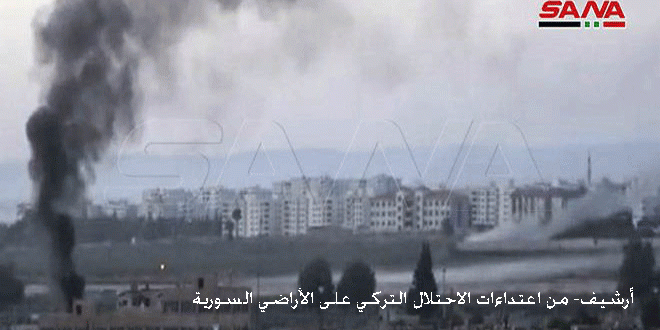 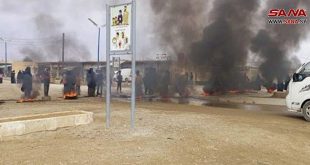 Hasaka, SANA – A number of Turkish occupation personnel and their terrorist mercenaries were killed on Saturday in an explosion in the town of Tal Half in the northwestern countryside of Hasaka, while in-fighting broke out among terrorists due to disputes over stolen items.

SANA’s reporter in Hasaka said a number of Turkish occupation personnel and their terrorist mercenaries were killed and others were injured in an explosion of unknown causes in a building in Tal Half town in the countryside of Ras al-Ayn, and the injured were transported to Turkey as the incident was hushed up.

The reporter also said that in-fighting broke out among terrorists under the command of the Turkish occupation in the city of Ras al-Ayn and its countryside due to disputes over splitting items stolen from locals, which resulted in the death and injury of a number of terrorist.

On a relevant note, local sources reported that vehicles belonging to the Turkish occupation and its mercenaries transported prefabricated rooms to the villages of Unaiq al-Halawa, Khirbet Jammo, and al-Mahmoudiya in Abu Rasen area in the northwestern countryside of Hasaka.

Meanwhile, 20 trucks belonging to the US occupation forces loaded with logistical supplies entered Syria from Iraq and were sent to the areas where these forces are located in Hasaka province.