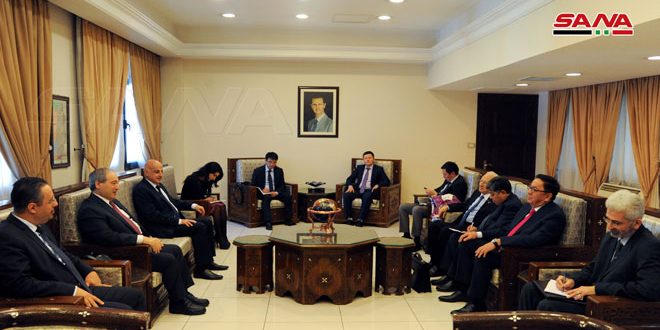 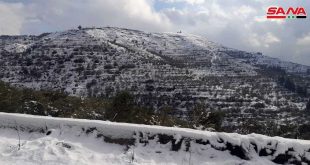 Talks during the meeting dealt with means to enhance the standing bilateral relations between the Syrian Arab Republic and the Republic of Kazakhstan in the cultural, economic, scientific and consular domains.

Dr. Mikdad hailed the historic relations binding the Syrian and Kazakh peoples, expressing readiness of the Syrian Government to provide all the required facilitations for upgrading diplomatic relations between the two countries.

Mikdad also highly appreciated the significant role which the Republic of Kazakhstan has played through hosting the meetings of Astana track on Syria and the efforts it has exerted to make it successful.

Ambassador Sharif, for his part, said that his visit comes in the framework of his country’s keenness on invigorating its deep-rooted relations with Syria.

He affirmed his country’s support for the efforts exerted in framework of Astana track with the aim of restoring security and stability to Syria.

During the meeting, the two sides also discussed the measures taken for reopening al-Farabi Cultural Center in Damascus and activating its work in the upcoming stage.

Sharif indicated that opening the center is one of the steps which the Republic of Kazakhstan seeks to achieve in the framework of the bilateral cooperation between the two countries. 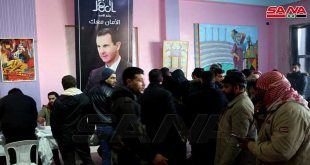