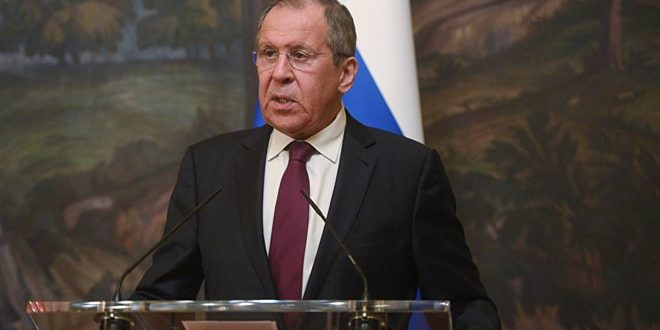 Sochi, SANA- Russian Foreign Minister Sergey Lavrov reaffirmed the necessity of preserving Syria’s sovereignty and territorial integrity and continuing efforts for settling the crisis in it.

Russia Today quoted Lavrov during the 18th meeting of heads of special services, security and law enforcement agencies of FSB partner states as saying that the necessity of preserving Syria’s sovereignty and territorial integrity without any concessions to terrorists should be emphasized, underlining the necessity of pushing the political process forwards through encouraging the work of the Committee of Discussing the Constitution.

Lavrov indicated that Moscow will continue to work in line with the international law and the resolutions of the International Security Council and to encourage dialogue with regard to solving the crisis in Syria.

“Combating terrorism shouldn’t be politicized to achieve private goals, and we should find mechanisms for fighting it internationally,” Lavrov said, affirming that ” The states which have provided shelter for gunmen who fled away from Syria should bear their responsibilities.”

Lavrov asserted that Russia wants to end the double standards in the fight against terrorism by the NATO member states and the European states and in all parts of the world, and that all bodies which combat terrorism and preserve order should give up these standards, particularly when the dialogue on issues related to terrorism is open and professional.

“Such issues allow to find stances and joint approach for combating terrorism as we shouldn’t hide from these threats,” Lavrov added, warning that there are no borders which can prevent the spread of terrorism, thereby, a joint legal basis should be found for combating it. 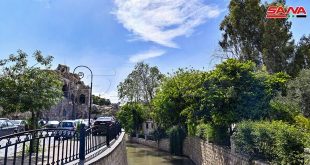