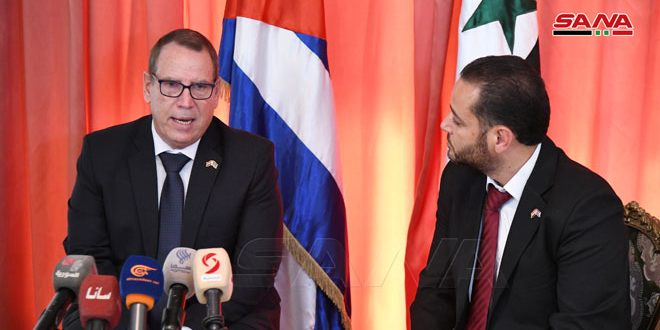 Damascus, SANA-Cuban ambassador in Damascus Miguel Porto Parga condemned on Thursday the Turkish regime aggression on Syria, saying that his country condemns any aggression which targets sovereignty, independence and territorial integrity of Syria. 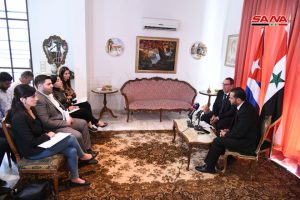 “The US uses the policy of economic blockade against peoples of Syria, Cuba and Venezuela, who reject policies of hegemony, in order to create economic crises that cause a decrease in medicine and food in these states as a pressures to change their policies,” Parga said at a press statement on the 151 anniversary of the start of resilience to get independence against Spanish colonization.

He described as deep and strong the relations between Syria and Cuba as the two countries share stances of support and confront one enemy, pointing out to the popular rejection of the US policies in the two states.