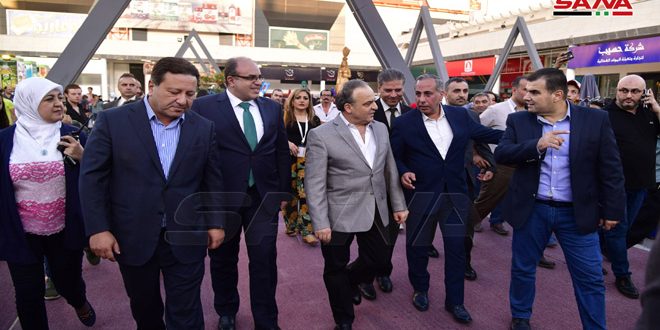 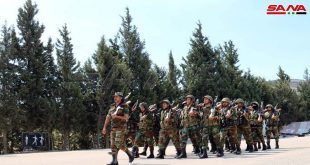 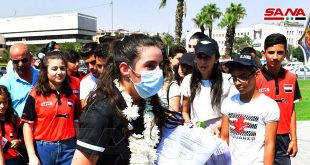 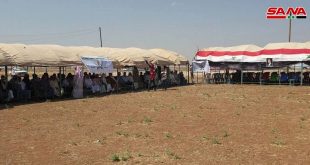 Damascus, SANA- Prime Minister Imad Khamis toured in a number of pavilions of the  61st Damascus International Fair to get acquainted to the companies and the national activities of the public and private sectors .

During his tour of Syria’s pavilion at the Fair, Khamis told  the journalists in a statement on Wednesday that the 61st Damascus International Fair presents a message to the whole world about the reality of Syria with all its components.

Khamis pointed out that this year’s edition was the biggest in terms of  the reserved area and the economic, cultural, tourist and social variety of the fair, which reflects the determination and steadfastness of the Syrian people.

The Premier  added that despite of all the challenges and difficulties that resulted from the terrorist war waged against Syria , the fair constituted a true output of the sacrifices of the Syrian army which enabled the Syrian people to continue their activities.

He underlined that the public sector along with the private sector have constituted a genuine message of the reality of the Syrian economy and the beginning of the production and rebuilding process.

Khamis affirmed that Syria will triumph on terrorism thanks to the sacrifices of the Syrian Arab army and people, in addition to the distinguished work of the companies of the public and private sectors.

Meanwhile, more than 142 thousand visitors flocked to the Fair on its eighth day to brief on the renewed activities of the exhibition.

The 61st edition of Damascus International Fair will continue until September 6th as  the Fair was kicked off on August 28th. 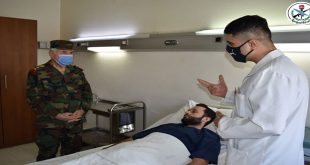