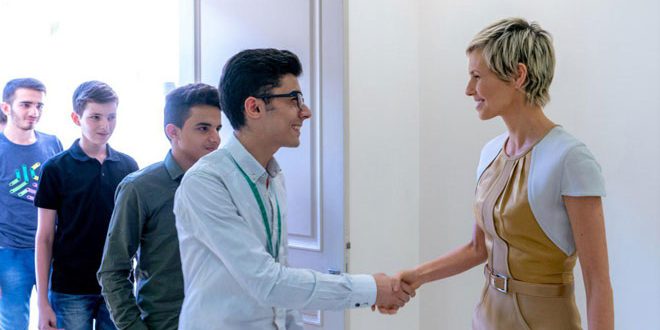 The students won a silver medal , seven bronze medals , and two certificates of appreciation in Mathematics , Chemistry, IT, and Biology during their participation in the International Olympic Competitions, which were held in Britain, France, Hungary and Azerbaijan, a report published on the Presidency page on Facebook said.