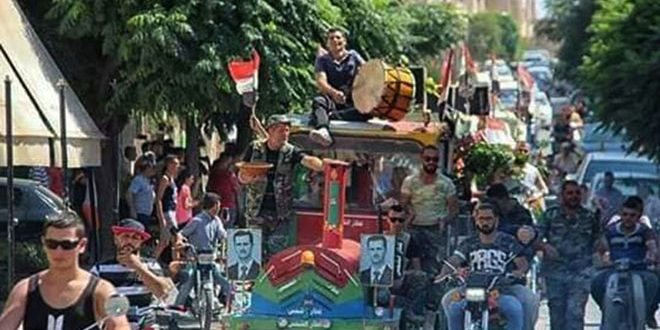 Hama, SANA – The people of Mhardeh on Friday gathered in the town’s streets to celebrate the Syrian Arab Army’s major victory against terrorism and the cleansing of Hama’s northern countryside of terrorists. 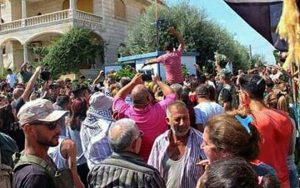 The celebrations broke out on Friday afternoon in the Mhardeh’s squares and streets following the announcement of the army’s victories against terrorists who throughout the past years had been attacking the town and its surroundings with rockets, claiming the lives and injuring hundreds of locals.

For the past eight years, the people of Mhardeh have remained committed to their land and homes, remaining determined to continue their lives despite the attacks by terrorists positioned in nearby areas.