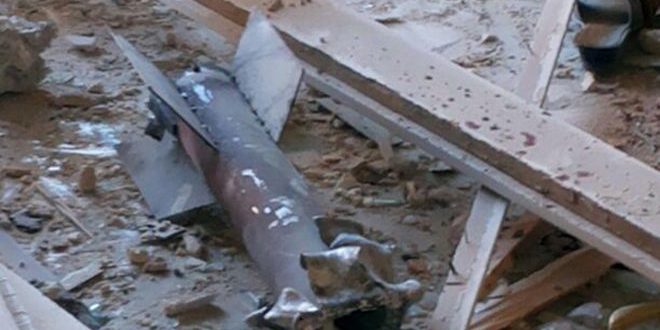 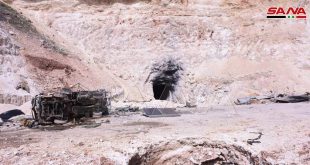 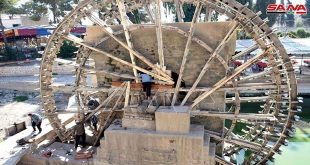 Restoration of al-Mamuriya Noria in Hama

SANA’s reporter in Hama said terrorists located in the town of al-Habbit south of Idleb and the town of Kafrzeta in Hama’s northwestern countryside fired rocket shells at the town of Karnaz, injuring six civilians and causing material damage to houses and properties.

The reporter said that al-Nusra terrorists fired rocket shells at Salhab city southwest of al-Ghab plain and al-Bahsa village in a Suqailebiyeh area, causing material damage to a number of houses.