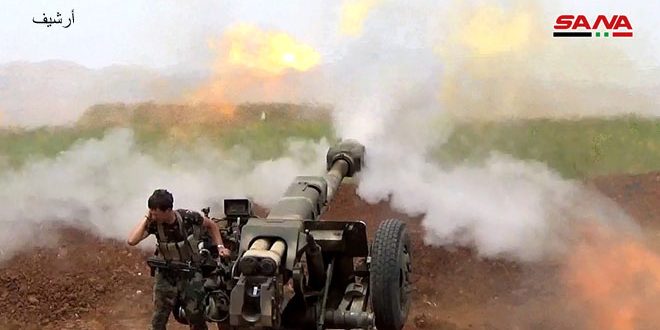 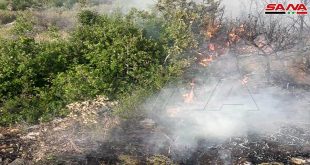 SANA’s reporter said an army unit had detected movements and rocket launchers for Jabhat al-Nusra terrorists in the surroundings of the villages and towns of Maarzeta, Kafrsahna, and Kafrouaid in Idleb’s southern countryside, and targeted them with precise artillery and rocket fire, destroying them and killing and injuring a number of terrorists.