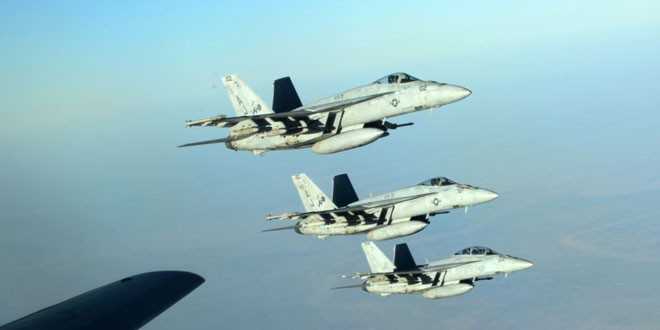 Damascus, SANA-The illegitimate US-led coalition forged once again the real number of its civilian casualties who passed away in its random raids under the pretexts of fighting Daesh terrorist organization in Syria and Iraq.

The Coalition claimed that only 1300 civilian were killed by mistake in the shelling carried out since this coalition was established in 2014.

In a statement, the US-led coalition admitted to the killing of 1300 civilian in raids in Syria and Iraq since the start of its operations in 2014.

The statement said that 34502 raids have been launched between August 2014 and the end of April 2019, revealing that 111 reports were prepared about the martyrdom of civilians.

Since its establishment in August 2014 by Washington, the international coalition attacked the towns and cities of Deir Ezzor, Hassaka and Raqqa hundreds of times, claiming the lives of thousands of civilians.