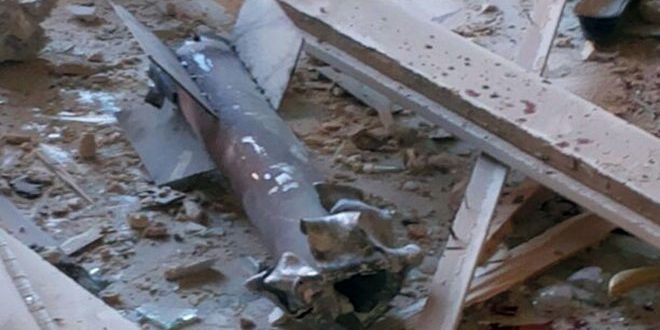 Hama, SANA -Two citizens were killed on Monday and many others were injured in a terrorist attack with mortar shells on Sheizar town in Hama northern countryside.

Meanwhile, two civilians were injured when terrorist groups targeted with a number of shells al-Sqeilbiya city, 48km northwest of Hama city, in a new breach of the de-escalation zone agreement in Idleb.

The reporter added that the army units operating in the northern countryside of Hama responded to the attack and launched strikes against the terrorists’ positions using artillery and machinegun fire, destroying the terrorists’ rocket launching pads and inflicting losses among their ranks.