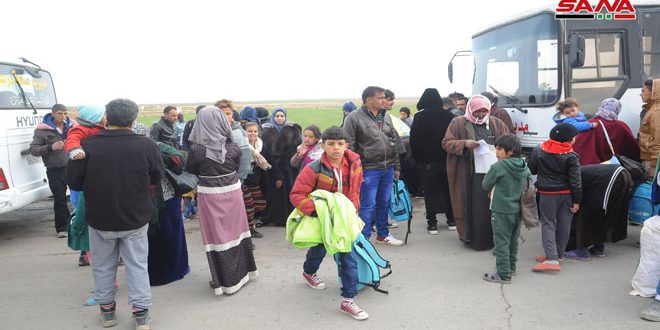 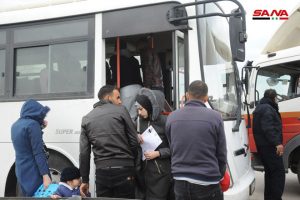 SANA’s reporter in Daraa said scores of displaced Syrians, among them children and women, returned on Wednesday from refugee camps in Jordan via Nassib crossing to be transported to their villages and towns, which have been liberated from terrorism by the Syrian Arab Army.

The report added that the authorities have prepared a number of busses and trucks to transport the returnees and their belongings after completing their passage procedures at the crossing, in addition to providing them with the necessary medical services.