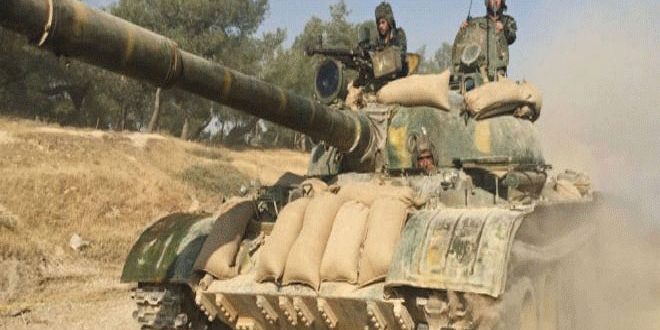 Hama, SANA – Army units confronted attacks and infiltration attempts launched by terrorist groups on military posts in the northern countryside of Hama in a new violation of demilitarized zone agreement in Idleb.

SANA reporter in Hama said that an army unit targeted a terrorist group of the so-called “al-Ezza battalions” that attempted to infiltrate into agricultural lands to the south of al-Lattamina city towards military posts centered around Zallin town.

The reporter pointed out that the infiltration attempt was thwarted, where many of the terrorists were either killed or injured and the others fled away.

Another army unit foiled an infiltration attempt of a terrorist group from Shleiwet town to military posts positioned around the town in coincidence with another unit’s destroying of terrorists’ rocket launchers in al-Zaka village.