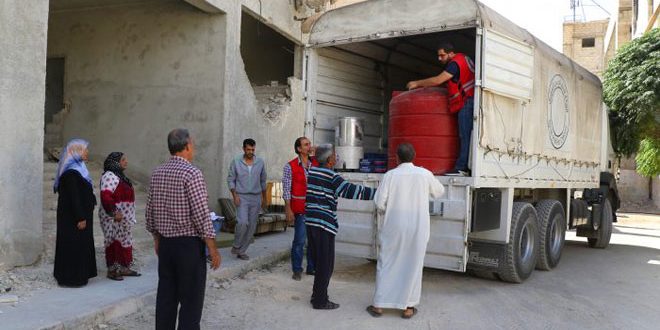 SARC told SANA in a statement that washing machines, water tanks, accumulators, gas stoves and gas cylinders were distributed to 33 families in Kafar Batnam Shab’a and Saqba in Eastern Ghouta.