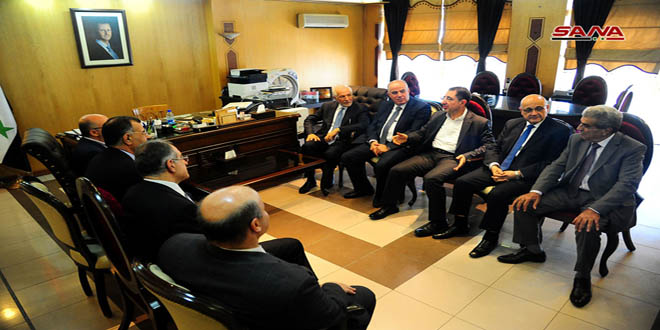 The two sides affirmed the need to increase the exchange of foodstuffs, industrial and pharmaceutical products between the two countries and the importance of Lebanon’s participation in the reconstruction phase in Syria.

Speaking to reporters, Hajj Hasan said that the visit aims at participating in Damascus International Fair.

Zaiter, in turn, said that Lebanon’s participation in this year’s edition of Damascus International Fair is an official one and affirms Lebanon’s keenness to develop relations with Syria.

He pointed out that work is underway to hold official Lebanese-Syrian talks before the end of this month to expand trade relations between the two countries.