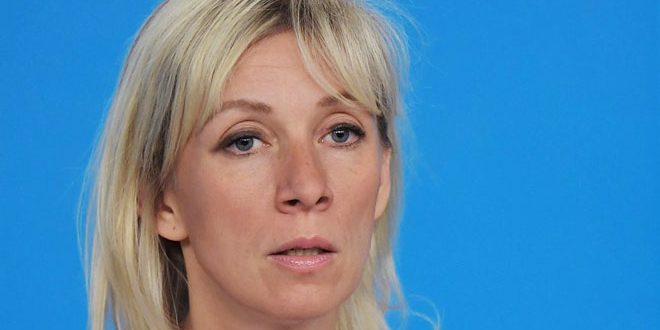 Moscow, SANA- Russian Foreign Ministry Spokesperson Maria Zakharova stressed that the conditions are ripe in Syria for achieving a qualitative leap towards the best, and the return of economic activity and the complete elimination of terrorists.

In a press briefing published by Russian Media outlets, Zakharova said that the Western provocations and the threats to launch an aggression on Syria under the pretext of using chemical weapons will represent a strong blow not only for the exerted efforts for achieving a political settlement in the country, but also for the world security in general.

She asserted that the possible aggression will be a playing with fire whose repercussions couldn’t be predicted.

She refuted the allegations on the possibility of using chemical weapons by Syria, reminding that these weapons had been completely destroyed earlier.

2018-08-30
ruaa-jazaeri
Share
Previous Russian Foreign Ministry: Circumstances in Syria are ready for complete elimination of terrorist organizations and for solving crisis in it.
Next Al-Moallem, Lavrov discuss latest developments, coordination in combating terrorism