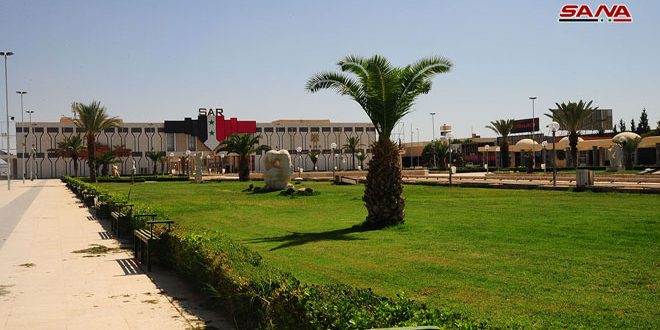 Damascus, SANA- As the 60th Damascus International Fair approaches, preparations are drawing to a close amid intensive efforts and continuous pace of work with the participation of 48 countries and 1700 local, Arab and international companies and a number of businessmen from abroad.

Director of the General Establishment for Exhibitions and International Markets Fares Kartli affirmed that this edition of the Fair has a wide and diverse international participation as 48 countries have confirmed participation, 23 of which are official and 25 are companies.

He also pointed to the participation of new countries that did not participate in the previous session, namely Argentina, Macedonia and Ossetia.

Kartli revealed that a large participation of businessmen will be witnessed as the Fair is an opportunity for them to market their companies and obtain access to investment opportunities in Syria.

“About 100 businessmen will participate in the Syrian-Russian businessmen economic forum due to be held on the sidelines of the Fair,” said Kartli.

The 60th edition of the Damascus International Fair is due to be held on September 6 until 15, 2018.