Ryabkov: Moscow warns Washington and its allies of taking any new reckless steps in Syria 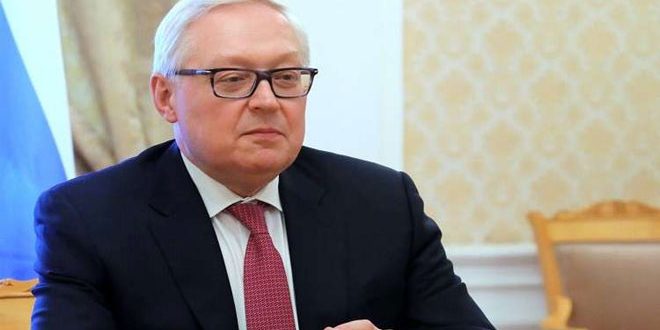 Moscow, SANA- Russian Deputy Foreign Minister Sergei Ryabkov stressed that threats are the only language currently used by the US, indicating that the West is searching for new pretext against Syria and that Russia is ready to deal with these scenarios and to divulge them.

In a statement to Russian Sputnik Agency, Ryabkov said that Russia watched the statements of US National Security Adviser John Bolton and it realized that threats are the only language currently used by the US.

He indicated that this doesn’t affect Moscow’s determination to continue its plans to completely eliminate terrorist organizations in Syria and to bring back the normal life to the country.

He reiterated that Moscow will continue to support Syria including the return of refugees to their homeland, indicating that the West doesn’t want to participate in this issue in a way which proves that they have other goals which are to continue to target Syria in different ways and under new pretexts.

Ryabkov added that the Americans don’t learn a lesson from history and now there is a dangerous escalation again, adding that the possible scenario is preparing for a provocative work followed by strikes against Syria.

He warned Washington and its allies at the same time from taking any new reckless steps in Syria.