Foreign Ministry: Smuggling hundreds of “White Helmets” by Israel in cooperation with other states discloses their support to terrorism 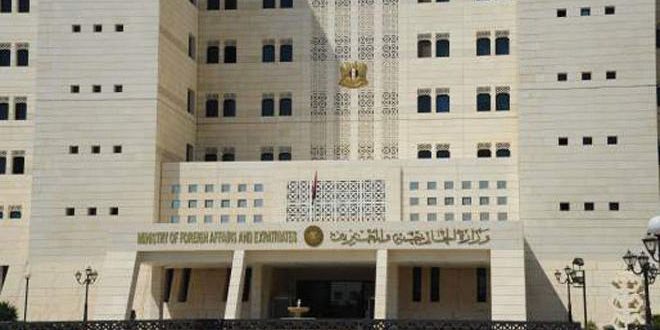 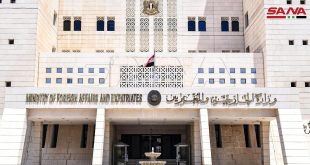 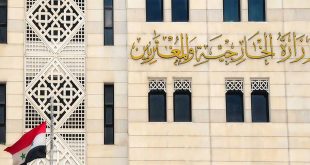 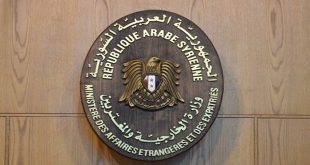 Damascus, SANA- An official source at the Foreign and Expatriates Ministry said Monday that the criminal operation carried out by “Israel” and its tools in the region has divulged the true nature of the organization of the so-called “White Helmets” which Syria has warned of its dangers on the security and stability in it and in the region due to its terrorist nature.

The source added ”Israel has always lied claiming that it doesn’t have a relation to the war waged on Syria, yet it has smuggled hundreds of members of the “White Helmets” terrorist organization and of the leaders of other armed terrorist organizations in cooperation with the governments of the US, Britain, Jordan , Germany  and Canada and this has uncovered the support provided by these states to the terrorist groups in their aggression against the Syrians and in destroying the infrastructure in Syria under false pretexts.

The source added that these pretexts have become divulged after the operation of smuggling those terrorists to “Israel” and from it to Jordan and later to the states which backed them and provided all possible help to them to destroy Syria and undermine its stances and image.

“Words are not enough no express the discontent which the Syrians feel towards these mean conspiracies and the limitless support provided by the Western states, Israel and Jordan to the “White Helmets” organization and to the gangs of Daesh (ISIS) and Jabhat al-Nusra and other terrorist organizations which have worked over the past eight years with the aim of deviating Syria from its track and destroying the achievements it has attained,” the source said.

The source added “It has become unacceptable anymore to hold any meeting or discussions at the Organization for the Prohibition of Chemical Weapons (OPCW) or at any international organizations to discuss their false allegations on the use of chemical weapon in Syria because there are not chemical weapons in Syria which hopes that the concerned international organizations will combat terrorism and that the OPCW will correct its stances and image which have been deeply affected after disclosing the true destructive role played by the “White Helmets” and others.