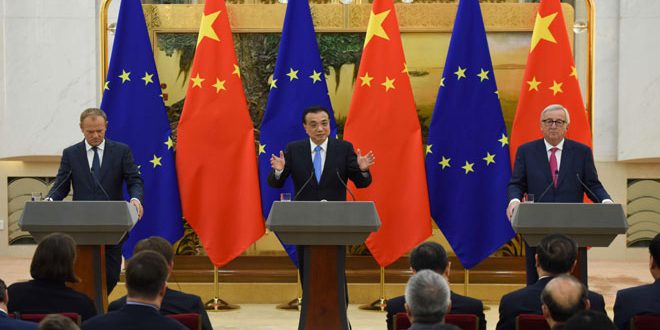 Beijing, SANA-China and EU affirmed their support for the political settlement to the crisis in Syria in accordance with the UN Security Council Resolution No. 2254.

The remarks came in a joint communique issued by the 20th China-EU Summit held in Beijing on Monday.

The statement said that China and the EU support a political solution to the crisis in Syria is in line with UNSC Resolution No. 2254 as this is the only path towards a lasting peace and stability that would fully defeat terrorism in Syria.