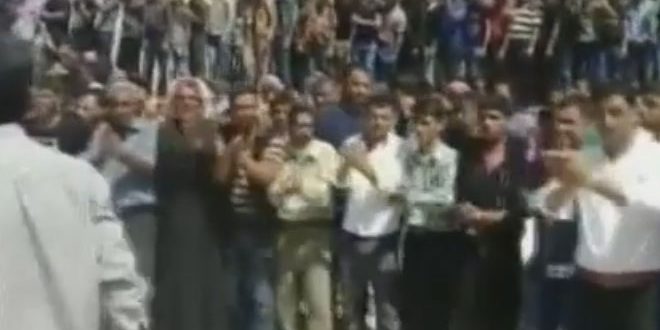 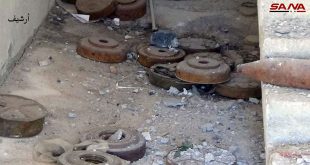 Three children martyred, four others injured in landmine blast left behind by terrorists in Daraa countryside

Daraa, SANA- Units of the Syrian Arab Army entered the towns of al-Karim al-Janoubi and Shaara’e in Daraa countryside after the two towns had joined the local reconciliations amid a warm welcome by the locals.

SANA’s reporter said that about 450 persons, including 75 gunmen had their legal status settled on Thursday in the two towns after they turned themselves in and handed over their arms to the army.

The reporter added that the legal status of 375 persons who dodged the compulsory or reserve military service was settled after they turned themselves in.