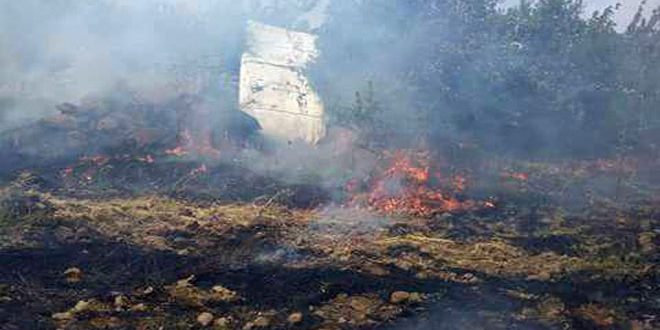 Quneitra, SANA – Terrorist groups set fire once again to a large area of agricultural lands in the vicinity of Hadar village in the northern countryside of Quenitra.

SANA reporter in Quenitra said that Jabhat al-Nusra-linked terrorists located in the wilderness of Jubata al Khashab area on Saturday night set fire to dozens of donnums of apple, cherry, and fig orchards in the areas of Kroum al-Hamria and al-Kashe to the south of Haddar village.

The reporter said that the fire is still blazing due to the direction of the wind and inability of the firefighting vehicles to reach the site of fire.

The fire caused significant damage to the farmlands and the trees, some of which were over 20 years old, the reporter added.

Terrorist groups are setting fire in harvesting season to put pressure on people of Hadar, who stand by the Syrian Arab army, and deprive them of harvesting the corps of cherry and apple which are one of their main sources of livelihood. 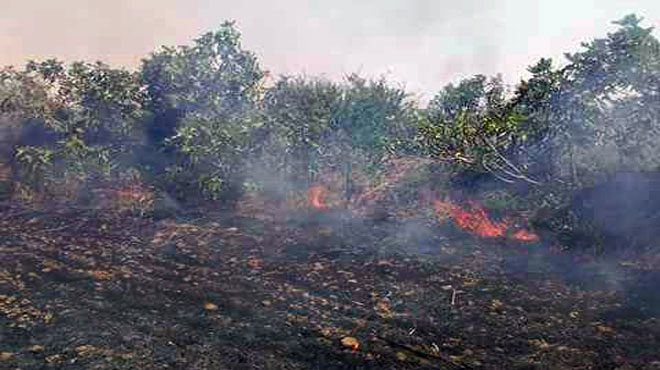 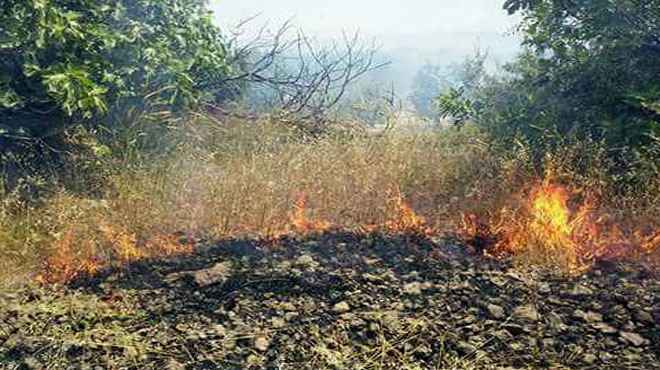 Damascus, SANA- Cold Weather will prevail in Syria as temperatures will drop to become from …