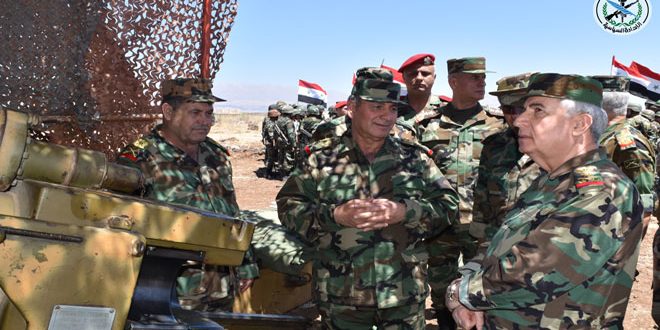 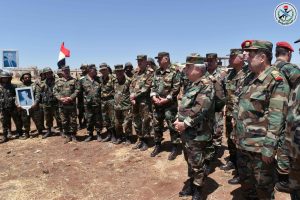 During the visit, Ayoub congratulated them on the occasion of Eid al-Fiter and conveyed to combatants President al-Assad’s holiday greetings and appreciation for their steadfastness and sacrifices.

He also inspected the combat preparedness of the military formation and lauded the high morale of the army personnel. 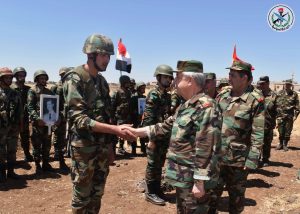 Maj. Gen Ayoub was briefed by field commanders on the combat operations of the Army and Armed Forces in the area, stressing on the importance of combating the remnants of terrorists.

For their part, the army members voiced determination to continue to perform their missions in defense of the unity and independence of homeland.

The minister also visited injured army personnel in some military hospitals and congratulated them on the occasion of Eid al-Fiter holiday, wishing them a swift recovery.

Al-Shebel : blockade is war against Syria, breaking it is one of defensive means for Syrian state