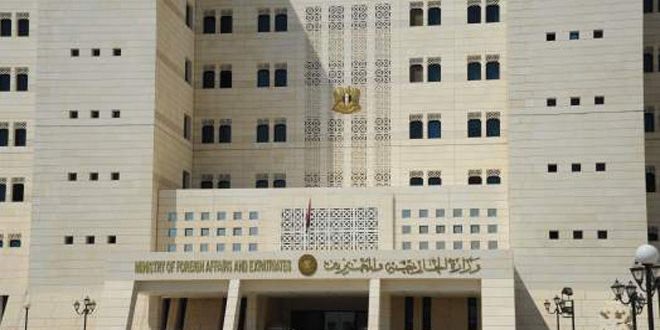 Damascus, SANA-The Foreign and Expatriates Ministry has handed a list containing the names of the members of the committee tasked with discussing the current constitution to the Russian and Iranian ambassadors in Damascus.

An official source at the Ministry said in a statement to SANA that the “Foreign and Expatriates Ministry in the Syrian Arab Republic has handed the ambassadors of the Russian Federation and the Islamic Republic of Iran in Damascus respectively a list of the members’ names of the committee tasked with discussing the current constitution whom the Syrian government supports.”

2018-05-26
Manal
Share
Previous In Erbeen, new life born in the first Ramadan without terrorism
Next A short visit to newly-liberated al-Yarmouk Camp