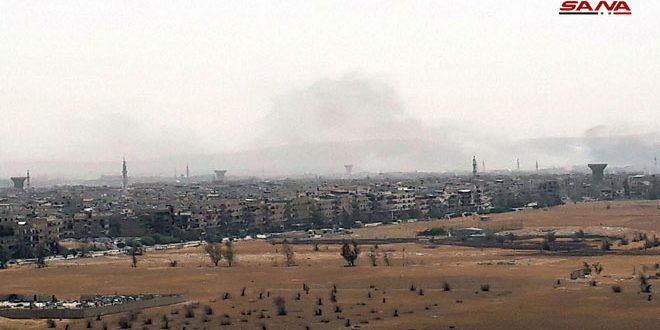 Damascus, SANA- The Syrian Arab Army continued targeting the positions of terrorist organizations in the Western Ghouta as part of the military operation for uprooting terrorism south of Damascus.

SANA’s war correspondent said that on Friday evening, army units carried out intensive artillery and rocket attacks on terrorists’ hideouts based on intelligence data and meticulous reconnaissance, which resulted in destroying several of the terrorists’ positions, leaving scores of them dead or injured.

The correspondent said the army will continue operations against terrorism until all the details of the ceasefire agreement discussed on Friday afternoon are finalized, because the Syrian state realizes that some terrorist groups could try to circumvent or obstruct some of the agreement’s details.

Information surfaced on Friday noon about the terrorist organizations in Western Ghouta surrendering due to their heavy losses as a result of the targeting of their positions and gathering by the Syrian Air Force and artillery during the past hours, and afterwards there were reports about a ceasefire agreement.

The correspondent said that the sounds being heard in Damascus are a result of the operations carried out by the army against terrorists south of Damascus.

The Syrian Air Force began on Thursday a series of airstrikes targeting terrorists in al-Hajar al-Aswad neighborhood and its surroundings at the southern outskirts of Damascus.

The military operation coincides with declaring al-Dmair town in al-Qalamoun area in eastern countryside of Damascus clear of terrorism as the last batch of “Jaish al-Islam” terrorists and their families have been transported from that town to Jarablos. 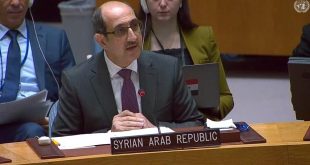