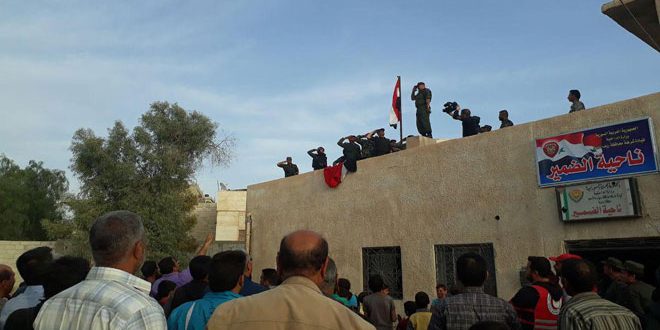 Damascus countryside, SANA-Al-Dmair town in al-Qalamoun region in Damascus eastern countryside was declared free from terrorism and terrorists after the evacuation of the last batch of Jaish al-Islam terrorists and their families into Jarablos. 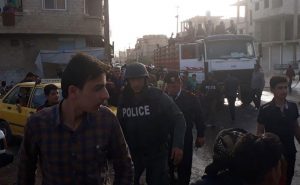 SANA reporter said that units of interior security have entered al-Dmair and raised the Syrian flag over the municipality building with participation of hundreds of families who thanked the army for its heroism and sacrifices that forced the terrorists to abide and leave the area.

The evacuation of “Jaish al-Islam” terrorists and their families from al-Dmair town in al-Qalamoun area in Damascus countryside began Thursday after handing over their heavy and medium weapons as part of the agreement reached with the Syrian state. 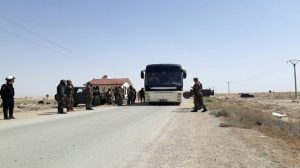 al-Dmair town to the main gathering point before transporting them later to Jarablos under the supervision of the Syrian Arab Red Crescent (SARC).

The agreement, which was reached on Tuesday, stipulates for the terrorists to leave the town to Jarablos and resolving the status of those who wish to remain, after handing over their weapons.

The reporter added that the agreement provides for the evacuation of about 1500 “Jaish al-Islam” terrorists and 3500 members of their families from al-Dmair town to Jarablos; then the army units will enter the town to comb and clear it of the landmines for the rehabilitation of all the states’ institutions in it. 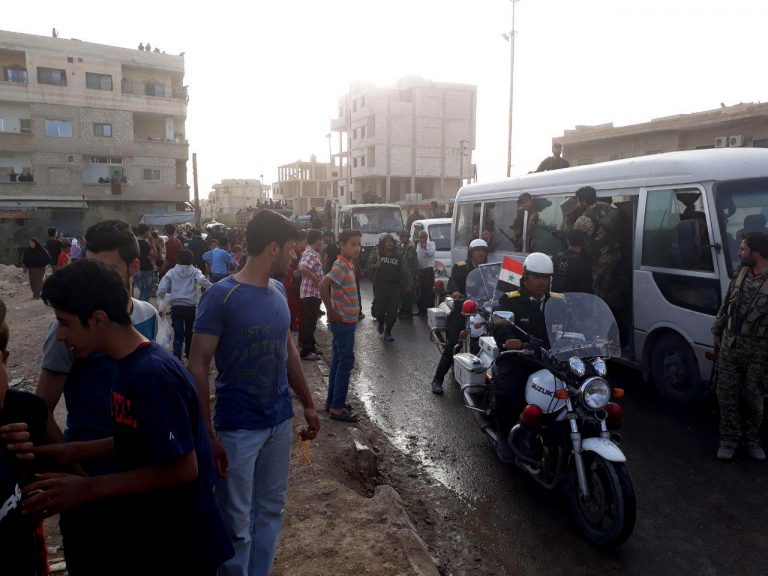 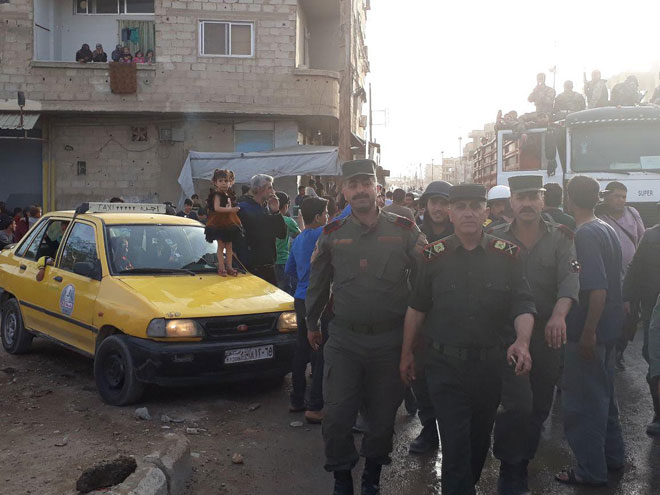