176 gunmen and wanted persons from Damascus Countryside turn themselves in

The persons had their legal status settled after pledging to not get involved in any act that might harm the homeland’s security.

Member of the Damascus branch of al-Baath Arab Socialist Party Mohammad Ibrahim told SANA that the settlement is part of the efforts to give a chance to the young people who have been misled into doing unlawful acts to mend their ways, vowing that more settlements are in the making.

Increasing numbers of gunmen are turning themselves in to authorities to have their status settled in several areas across Damascus Countryside. 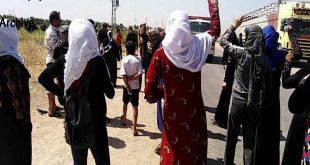