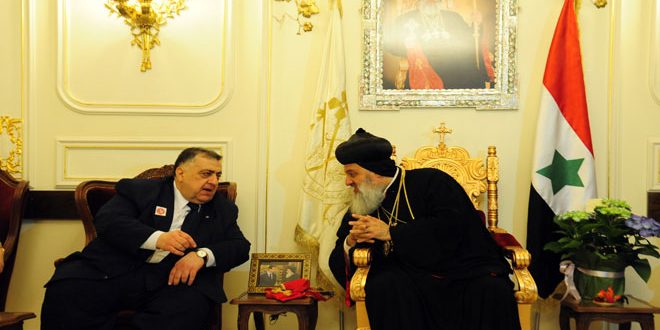 Damascus, SANA- Delegated by President Bashar al-Assad, Speaker of the People’s Assembly Hammoudeh Sabbagh visited on Sunday the heads of Christian denominations that follow the Julian calendar and convoyed to them the congratulations of President al-Assad on the occasion of Easter. 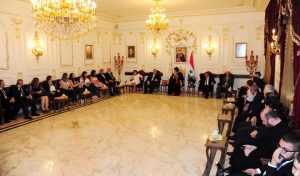 Patriarch Aphrem II, for his part, said that the Easter in its essence is the triumph of life over death, adding that celebrating Easter in light of the circumstanc 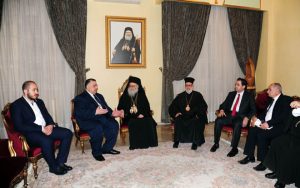 es in Syria affirms the will of life of the Syrian people, who defend themselves and their land in the face of what terrorist acts.

In turn, Patriarch Yazigi said that this year’s Easter represents the feast of victory and resurrection because it coincides with the victories achieved by the Syrian Arab Army in various Syrian areas.

The clergymen also expressed their deep thanks and appreciation to President al-Assad for his generous gesture.