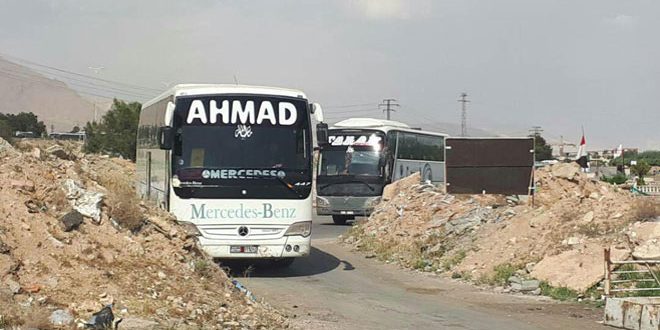 Damascus, SANA – An official source said that an agreement was reached for releasing all abductees in Douma in exchange for exit of the entirety of “Jaish al-Islam” terrorists to Jarablos within 48 hours. 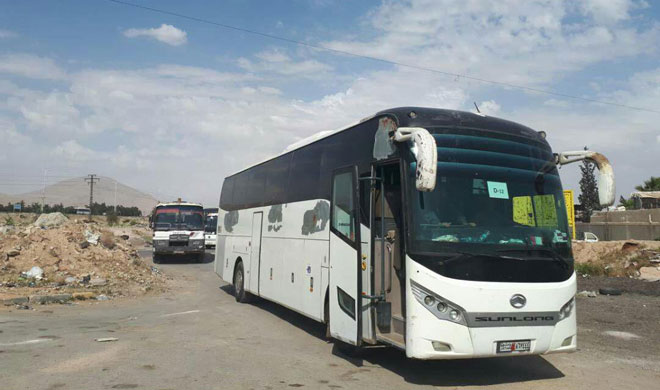 SANA’s correspondent said the Syrian state fulfilled its promise to liberate all abductees in Ghouta, including the locals in Douma which terrorists had been using as human shields.

The correspondent said that tens of buses entered Douma upon the announcement of the agreement.

Earlier today, an official source said that terrorists of the so-called “Jaish al-Islam” situated in the Eastern Ghouta in Damascus Countryside have asked to negotiate with the Syrian State, and that the Syrian state has conditioned its participation in negotiations on halting the shelling of Damascus.

Any negotiations held now are with the Syrian state exclusively after Jaish al-Islam terrorists pleaded for the cessation of military operations launched against them throughout last night, the source added.

The source added that the Syrian State’s approval to negotiate is based on preserving the lives of civilians in Douma, liberating all abductees, and evacuating Jaish al-Islam terrorists to Jarablos.

Jaish al-Islam terrorists yielded and pleaded for negotiations after the painful blows they were dealt by the decisive military operation carried out by the Syrian Arab Army on their positions and hotbeds in Douma which was launched in response to the terrorists’ shelling of Damascus and its surroundings during the past two days, which martyred and injured tens of civilians.