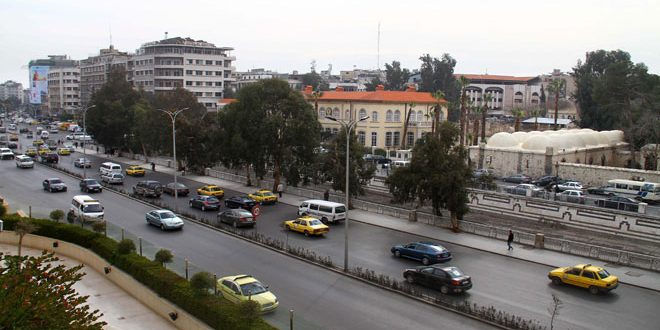 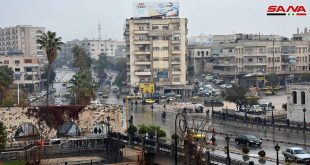 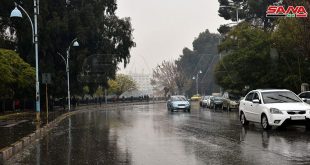 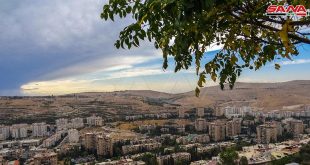 Damascus, SANA- The country is being affected by a superficial low air pressure accompanied by southwestern airstreams in the upper layers of the atmosphere as a new low air pressure will develop on the Mediterranean Sea causing unstable weather on Thursday and Friday.

Weather forecaster Hashem Sharba told SANA Thursday that heavy rains, accompanied with thunder sometimes, will fall on the coastal area, while the speed of the wind will reach 70km/h, causing dust in the eastern and inland areas and al-Badia (desert), the sea waves will be high in amplitude.

Sharba added that temperatures will remain from 2 to 3 degrees above average in the southern areas and from 4 to 6 degrees in the eastern areas.