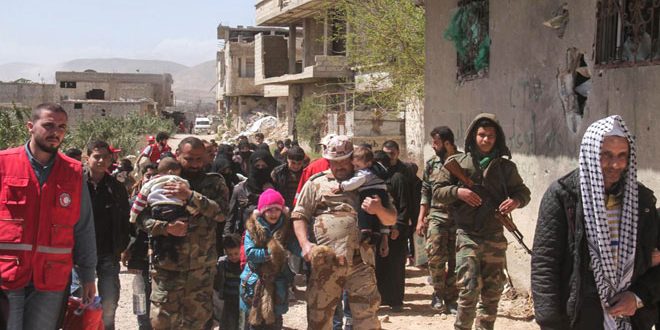 Damascus countryside, SANA- Hundreds of civilians from Douma area, mostly woman and children, who had been besieged by terrorist organizations in eastern Ghouta exited on Thursday via the safe corridor in al-Wafedeen camp.

SANA’s correspondent said that the army units, in cooperation with teams of the Syrian Arab Red Crescent (SARC) and the Civil Defense received the civilians and later transported them to the make-shift centers.

On Wednesday, more than 1,700 civilians from Douma area exited as they were transported to makeshift centers in Damascus countryside.