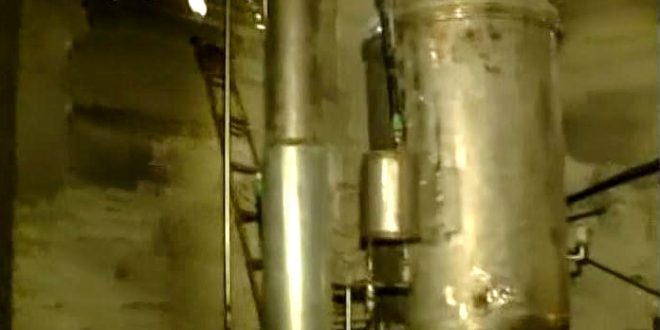 Damascus Countryside, SANA – While canvassing al-Shefounieh town in Eastern Ghouta on Tuesday, a Syrian Arab Army unit uncovered in a plant that terrorists had used for manufacturing toxic chemicals prior to their defeat. 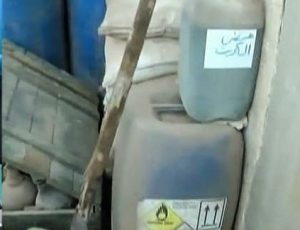 A field commander told SANA’s reporter from inside the plant that an army unit uncovered it while canvassing operations for defusing IEDs were being carried out after clearing al-Shefounieh town in Douma area of terrorists.

The commander said that the plant, which consists of a two-story building with a basement located between Douma and al-Shefounieh, and that it included a lab for making toxic chemicals containing equipment of Saudi origin and materials and protection gear of Western origin.

He said that the lab contained vials for mixing chemicals as well as vats and mixing and heating equipment, in addition to a variety of materials used to make toxic chemicals and explosives, including substances containing chlorine, as well as Saudi books and papers for “Jaish al-Islam.”

The commander noted that the building contained high-tech equipment and installations that indicate the involvement of European and Saudi experts and chemists.