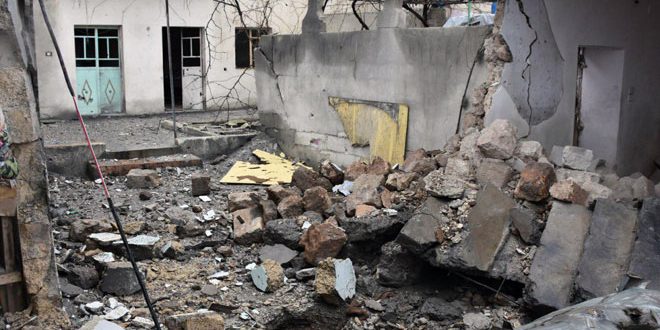 The continued shelling of the area for the 24th day in a row caused further destruction of civilians’ houses, infrastructure and public utilities.

A two-year baby was injured yesterday due to an artillery shell fired by the Turkish regime’s forces on the village of Hasyeh .

The sources added that a group of the Turkish regime’s personnel and mercenaries have kidnapped a man and his wife and another civilian from the inhabitants of Sim village and led them to unknown destination.

The sources asserted that the artillery shells of the Turkish regime targeted the water pumping plant in the village of Kafer Safrah in Jindiris area, causing the stoppage of pumping water to scores of other affiliated villages and towns.