Four civilians injured due to shelling attacks in Homs and Daraa 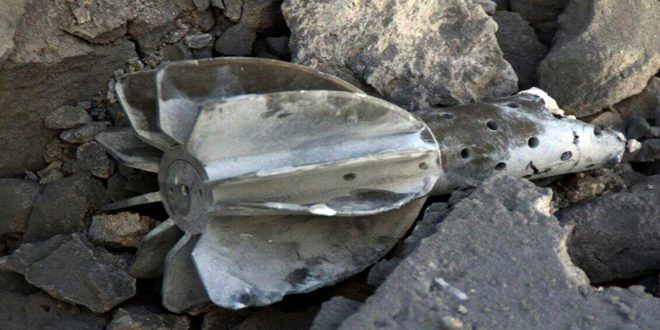 Homs, SANA – Four civilians were injured due to a shelling attack by the armed groups on Jaborin village in a new violation of the de-escalation zone agreement to the north of Homs city.

SANA’s reporter in Homs said that the armed groups positioned in al-Farhania, west of Talbeisa, and al-Ghanto in the northern countryside of the province fired more than 40 shells on Jaborin village, causing injuries to four civilians and material damage to public and private properties.

Units of the Syrian Arab Army responded with the appropriate weapons to the sources of the attack, destroying a number of rocket launchers.