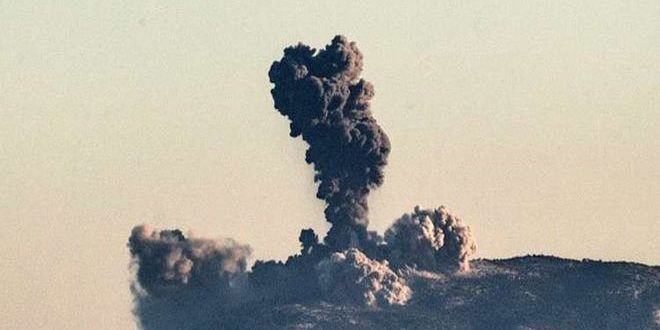 Aleppo, SANA- One civilian was killed on Thursday in the Turkish regime’s shelling of the citizens’ houses in the village of Jama in Afrin area, local sources told SANA, adding that the Turkish regime continues shelling the surroundings of Bulbuleh and Jandaris areas.

The sources said that the Turkish regime’s continued aggression on Afrin area, since last Saturday, left more than 141 civilians dead or injured and caused huge material damage to the citizen’s houses, infrastructure and archeological sites.

Meanwhile, Hmeimim-based Russian Coordination Center warned that the Turkish continued attck on Afrin city threatens to further deteriorate the humanitarian situation of the inhabitants and increase the displaced numbers.

The Center reiterated that it closely monitors the situation as it seeks to receive the displaced people soonest and provide them with humanitarian aid.