Yazigi lays cornerstone for polyclinics in Wadi al-Nadara in Homs 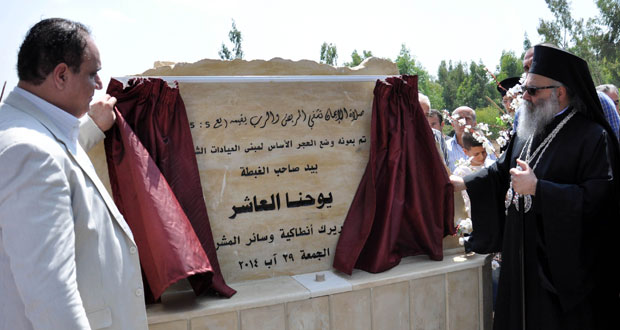 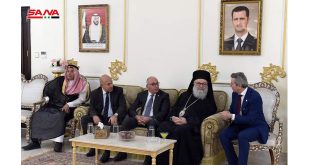 Homs, SANA – Greek Orthodox Patriarch for Antioch and All the East John X Yazigi stressed that Syria will be built by its people, adding that the Syrians will remain in their country.

During the cornerstone laying ceremony, Patriarch Yazigi said Syria will overcome the crisis thanks to the steadfastness of its leadership and people and the sacrifices made by its army.

In turn, Homs governor Talal al-Barazi said that the new achievement is a result of the victories of the Syrian army and people, hailing the efforts exerted by the Church and all medicial and economic bodies that contributed to the project.

For his part, head of Homs Health Directorate Hassan al-Jundi said the efforts ofgovernmental institutions and popular circles are being coordinated with the aim of boosting health and services’ level in all the province’s areas.

Yazigi and al-Barazi also visited an Artesian well in al-Hawash area, saying that the Church funded other 8 wells across the country and many other health and educational services.

The polyclinics will be a 5-storey building across a 3,000 square meters with 30 clinics and physiotherapy centers. 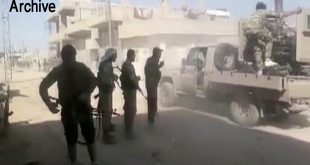