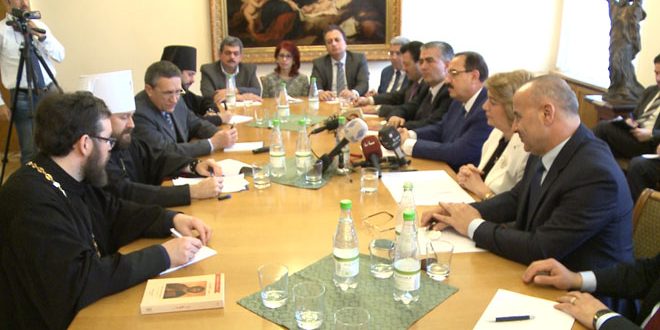 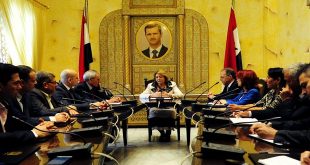 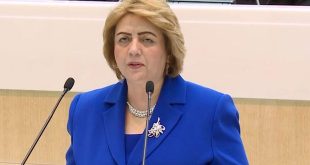 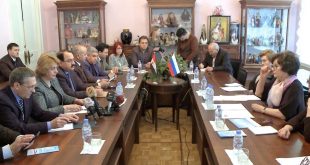 Moscow, SANA – Speaker of the People’s Assembly Hadiyeh Abbas stressed on Tuesday that the Syrian people who are fighting terrorism have always been peace-lovers and an example to be followed by many people of the world.

During a meeting with the chairman of the Department for External Church Relations Metropolitan Hilarion, Abbas said that “Syria has provided to the world messages of love and peace” expressing the Syrian people’s thanks to the Russian church and the Russian people for their support and assistance to Syria.

For his part, Metropolitan Hilarion said that destabilizing Syria and other countries in the Middle East region has been carried out under various pretexts like “spreading democracy in the region.”

He added “the Russian Church seeks to enhance the spiritual relations with all Syrian religious and official figures it provides all the assistance to the Syrian people who became a victim of the terrorist war.”

he chairman of the Department for External Church Relations Metropolitan Hilarion Speaker of the People's Assembly Hadiyeh Abbas 2017-04-11
admin
Share
Previous Demonstration organized by the Syrian community in Bulgaria outside the US Embassy in Sofia
Next Al-Freij and Iranian counterpart: Boosting military cooperation in fight against terrorism