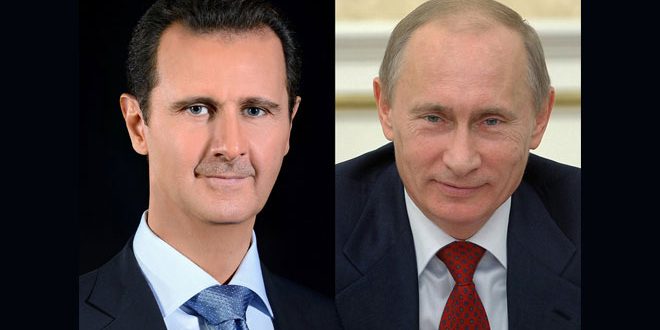 Damascus, SANA-President Bashar al-Assad on Friday received a phone call from the Russian President Vladimir Putin congratulating him on the liberation of Aleppo.

The two sides discussed during the phone call the next political process in Syria, with President al-Assad thanking President Putin and Russia as a key ally for Syria which contributed along with other allies to liberating Aleppo.

President al-Assad said victories in Aleppo paved the way for political work in Syria, adding that they will push many parties which hindered the political process to join the political track and reconciliations.