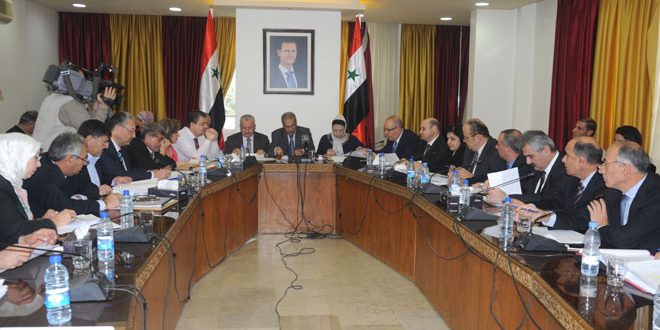 Damascus, SANA-The Budget and Accounts Committee at the People’s Assembly on Thursday discussed the 2017 budget of Internal Trade and Consumer Protection and Economy and Foreign Trade ministries.

For his part, Minister of Economy and Foreign Trade Adib Mayyaleh affirmed that the ministry pays great attention to the exports sector by focusing on exporting agricultural crops, textile industry and other items to provide facilitations for industrialists and artisans to increase their products and export them.

For his part, Minister of Internal Trade and Consumer Protection Abdullah al-Gharbi affirmed that there is no increase in the price of the bread, indicating that the ministry is implementing a new experience to set up development centers to improve the rural areas.