August 7, Establishment of The Organization of Islamic Cooperation 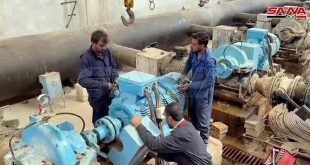 1819 –Battle of Boyacá in Colombia when Simon Bolivar defeated the Spanish army.

1867 – Changing the title of Egypt ruler into Khedive .

1941 – José Stalin appointed as leader of the higher command of all soviet armies in the World War II.

1954 – Establishment of The Organization of Islamic Cooperation (OIC) .