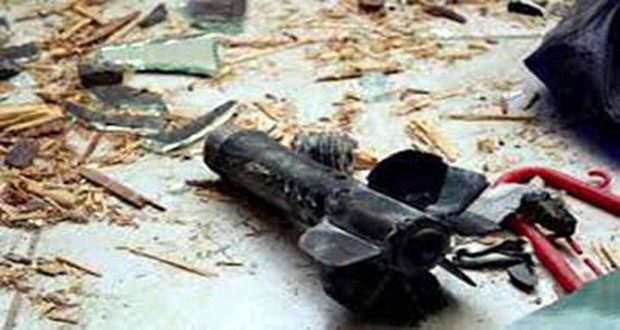 Provinces, SANA- A girl child was killed and a woman was injured in a terrorist rocket attack on al-Hamadaniyeh neighborhood in Aleppo city on Thursday, according to a source at Aleppo Police Command.

Earlier on the day, four people were injured in mortar shells fired by terrorists of the so-called “Jaish al-Fateh” on the surroundings of Damascus Central Prison in Adra area.

A source at Damascus Countryside Police Command told SANA that three mortar shells fired by terrorists positioned in Eastern Ghouta fell on the surroundings of Damascus Central Prison causing the injury of three of the prisoners’ visitors, in addition to a member of the Internal Security Forces.

The neighborhoods of Damascus and the towns and villages in Damascus Countryside are usually attacked with shells fired by terrorists of the so-called “Jaish al-Islam” in an attempt to undermine the stances of the locals in support of the Syrian Arab Army in its war against Takfiri terrorism.

Jabhat al-Nusra-linked terrorist groups targeted with 8 rocket shells the village of Hadar in Quneitra countryside, injuring a woman and a young man and causing material damage to the citizens’ houses and properties, a source at Quneitra Police Command told SANA.