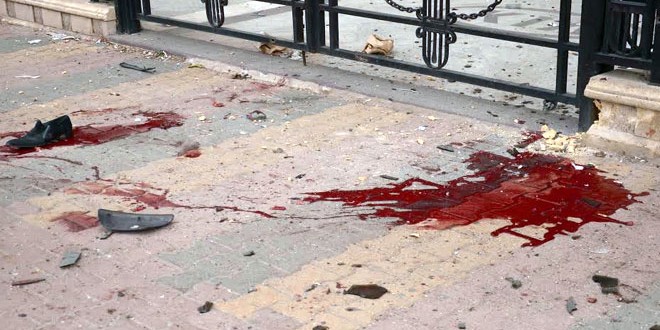 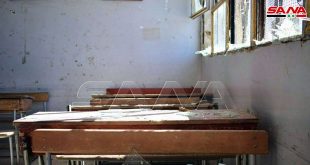 Damascus Countryside/Quneitra, SANA- A civilian was killed and several others were injured due to a terrorist attack with rocket shells fired by the so-Called Jaish al-Islam terrorists on Harasta residential suburb in Damascus countryside in a new breach of
the cessation of hostilities.

Meanwhile, terrorist groups affiliated to Jabhat al-Nusra fired a number of mortar shells on al-Baath City in the southern province of Quneitra.

In a statement to SANA, a source at Quneitra Police Command said that terrorists positioned in Rasm al-Rawadi to the east of Quneitra city fired number of mortar shells on the Service neighborhood and the Workers Housing in al-Baath City, causing material damage.