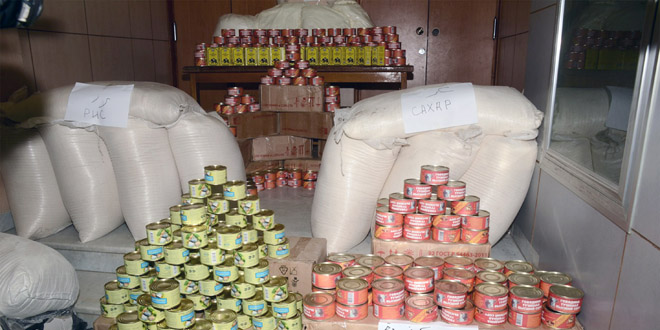 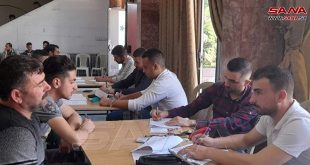 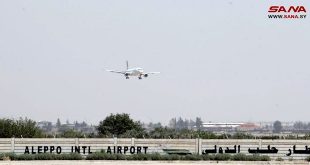 Aleppo, SANA – Four tons of Russian humanitarian aid were distributed on Tuesday to the patients and wounded persons at Aleppo University Hospital who are being treated from injuries sustained from terrorist attacks on residential neighborhoods in the city of Aleppo. The Chairman of Aleppo University Hospital Dr. Mustafa Afioni said in a statement to SANA that this aid is an expression of the depth of the relations between the two friendly peoples and the Russian state’s support for Syria in its war against terrorism, thanking the Russian people and leadership on all their efforts to help the Syrians in various fields.

A representative from the Hmeimim-based Russian Coordination Center pointed out that four tons of food aid was provided today to the patients and wounded persons at Aleppo University Hospital including dried milk, tea, canned fish, canned beef, sugar, rice and flour, adding that more than 70 tons of humanitarian aid has been distributed in Aleppo.

On Monday, Aleppo University Hospital received a batch of medical aid provided by Russia that included medicine, emergency services supplies, antibiotics and medical products for the treatment of a variety of diseases.