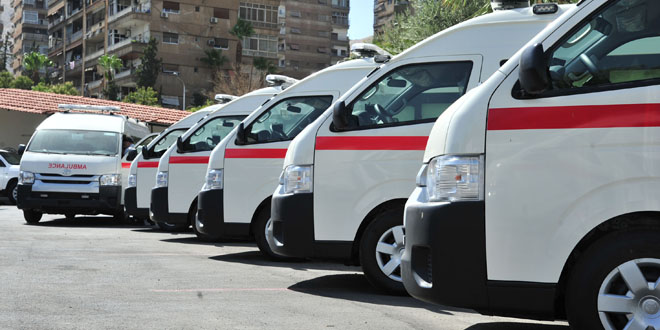 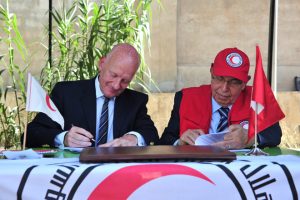 Head of SARC Abdelrahman al-Attar affirmed that receiving the ambulances is the start of the cooperation between the SARC and the Swiss Agency, pointing out that 7 of the ambulances will be delivered to the SARC branch in Aleppo and its countryside while the rest of them will be distributed among the other provinces.

He added that the SARC complements the Health Ministry in its work, particularly in light of the current crisis in Syria, mainly in the ambulance emergency services system which lost a large number of ambulances.

For his part, Ambassador Manuel Bessler, the Head of the Swiss Humanitarian Aid Unit of the Swiss Agency for Development and Cooperation, said that the ambulances are offered by the Swiss people to alleviate the suffering of Syrians and to support the emergency services system in the SARC which is exerting important efforts.