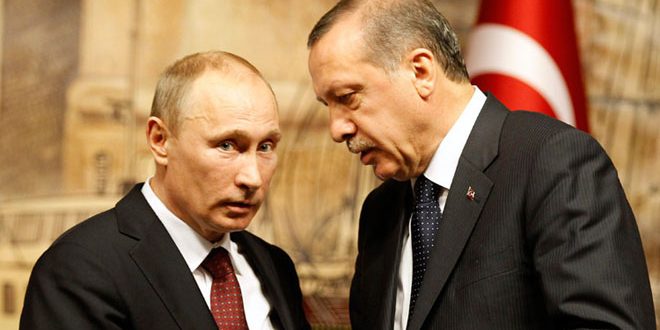 Moscow, SANA – Russian President Vladimir Putin received on Monday a letter from Turkish President Recep Tayyip Erdogan in which the latter apologized for the death of Oleg Peshkov, the pilot of the Russian SU-42 which was shot down last year by the Turkish Air Force while the aircraft was in Syrian airspace.

However, earlier on Monday a Turkish court released terrorist Alparslan Celik who is responsible for the murder of the Russian pilot, who had survived his aircraft being shot down by using his parachute but was later gunned down, with Celik later admitting his involvement in the crime.

Celik’s lawyer said the court in Izmir, where the terrorists was arrested in April, released his client and other suspects, and that the next hearing will be held on January 4th.