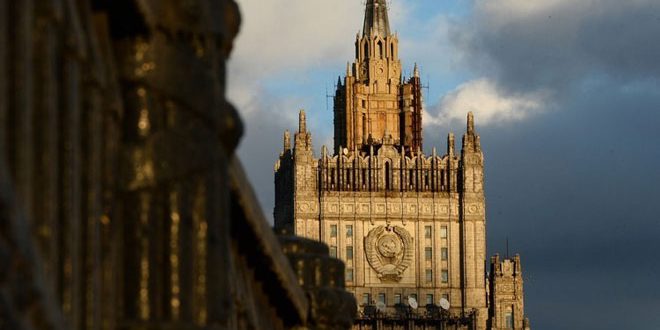 “On April 28, the building of the Russian Consulate General in Aleppo came under mortar fire. One mine fell in the territory of the consulate, three more exploded near the fence outside of the building. No one was killed or injured,” the Russian Foreign Ministry said in a statement.

“According to reports, the attack on the Consulate General was intentional and carried out by al-Nusra Front militants and allied groups, who have become significantly more active recently in Aleppo province,” the ministry added.

The ministry strongly condemned the terrorist attack, warning of an attempt by terrorist organizations and their supporters to undermine the cessation of hostilities agreement.

The ministry called on the International Syria Support Group (ISSG) to exert all efforts to reinforce the cessation of hostilities agreement and do everything in their power to ensure that the agreement is properly honored.

The ministry stressed the need for an appropriate response to the attempts to undermine the agreement and improve coordination between Russia and the United States as co-chairs in the ISSG and for a direct monitoring of the implementation of cessation of hostilities.

In January 2013, part of the consulate’s staff was evacuated with some diplomats being transferred to Damascus for “security reasons.”

Later, the Ministry stated that Russian Foreign Minister Sergey Lavrov and US State Secretary discussed in a phone call means to resolve the crisis in Syria by preserving and bolstering the cessation of hostilities in Syria, as well as providing humanitarian aid to people in needy area, with Lavrov reiterating the need to include Syrian Kurds in intra-Syrian dialogue and differentiating between the “moderate opposition” and terrorist groups like ISIS and al-Nusra that are not included in the cessation of hostilities.